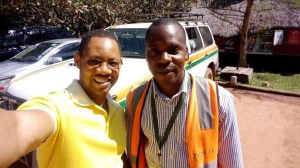 In Medieval times, a belt around a man’s waist symbolised nobility and authority. I’ve always known this.

Well it was Friday the 17th or 24th of April 2015 when I headed out for a job interview at Family Legacy, my fourth ever job interview after 3 successful ones in the previous10 years. I was geared, with all my credentials in order, my game face on and my brain functioning right. Plus I was dressed all spick and span.

I just had one problem, namely, my belt was no good. My very sign of authority was in a compromised state. I couldn’t walk into an interview room like that. I mean it looked like it would snap with any excess inhalation. I don’t even remember what circumstances led to me ending up with a belt, a symbol of nobility, in such a bad state. And I wasn’t wearing a jacket to conceal the belt. I had to buy a new one. But according to the taxi driver, Melbin, I was never going to make it to the interview on time if I decided to go and buy a new belt.

So he lent me his belt. It didn’t need any adjusting. It fit just right and looked really good. He told me that I would do great in the interview. After the interview, I told him I was competing with strong candidates, but he was convinced the job was mine. The following Monday, I was offered the job. I remembered Melbin’s belt and and his words of encouragement. That’s why I helped him prepare his own CV and application letters. It didn’t take long before he got a job at the nation’s main utility company, ZESCO. He’s doing great! Heck, he’s even taking a course in logistics management and empowering many in his extended family. And he wears a great belt too!

When he visited me a few days ago, it was an exciting reminder of what rewards we get when we sow good things into each other’s lives. Never despise anyone no matter who they are, where they’re from, what they do… Heck, just never despise anyone. You never know who’ll add value to your life nor to whose life you’ll add value. For adding value to my life, I celebrate Melbin and wish him well in all his doings.